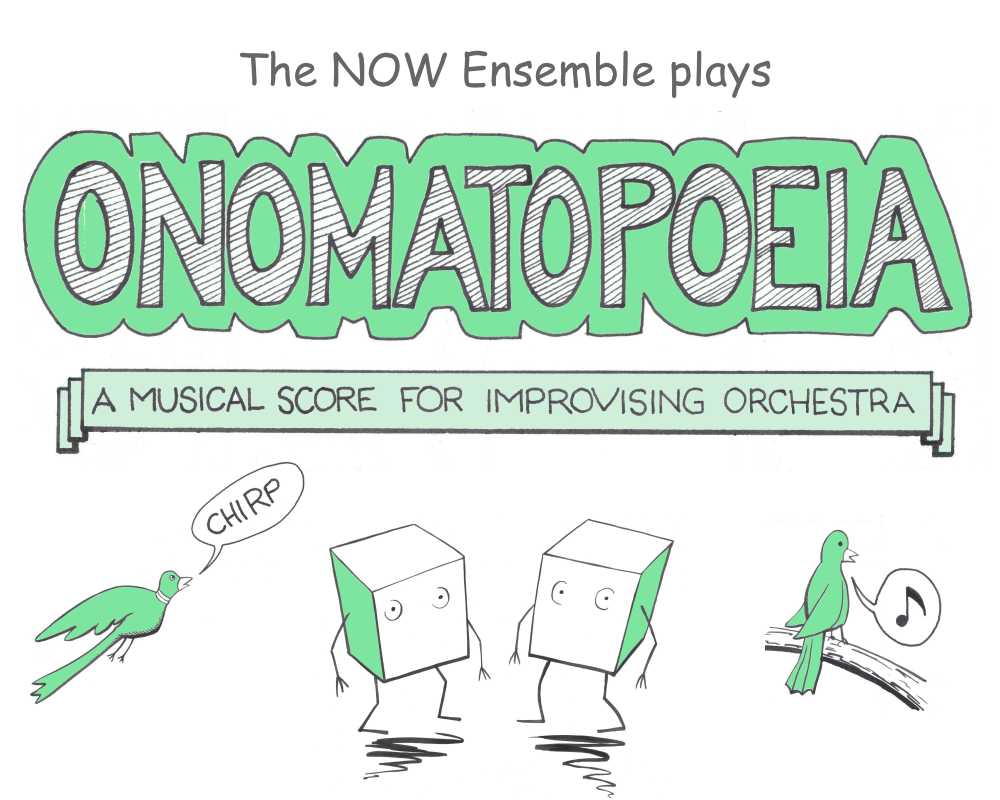 Since 2013, the NOW Society has been presenting improvisation Onomatopoeia workshops and performances. Composed by Gary Wildeman, Onomatopoeia is a 48-page comic book musical score that provides listeners with a direct way to relate to improvised music. The comic features  syllables and environments to express the adventures of two iconic characters. In concert, audiences are given a score (and a flashlight), or listeners can follow along at home.

Onomatopoeia was released in 2015, by the NOW Society and Bronze Age Records 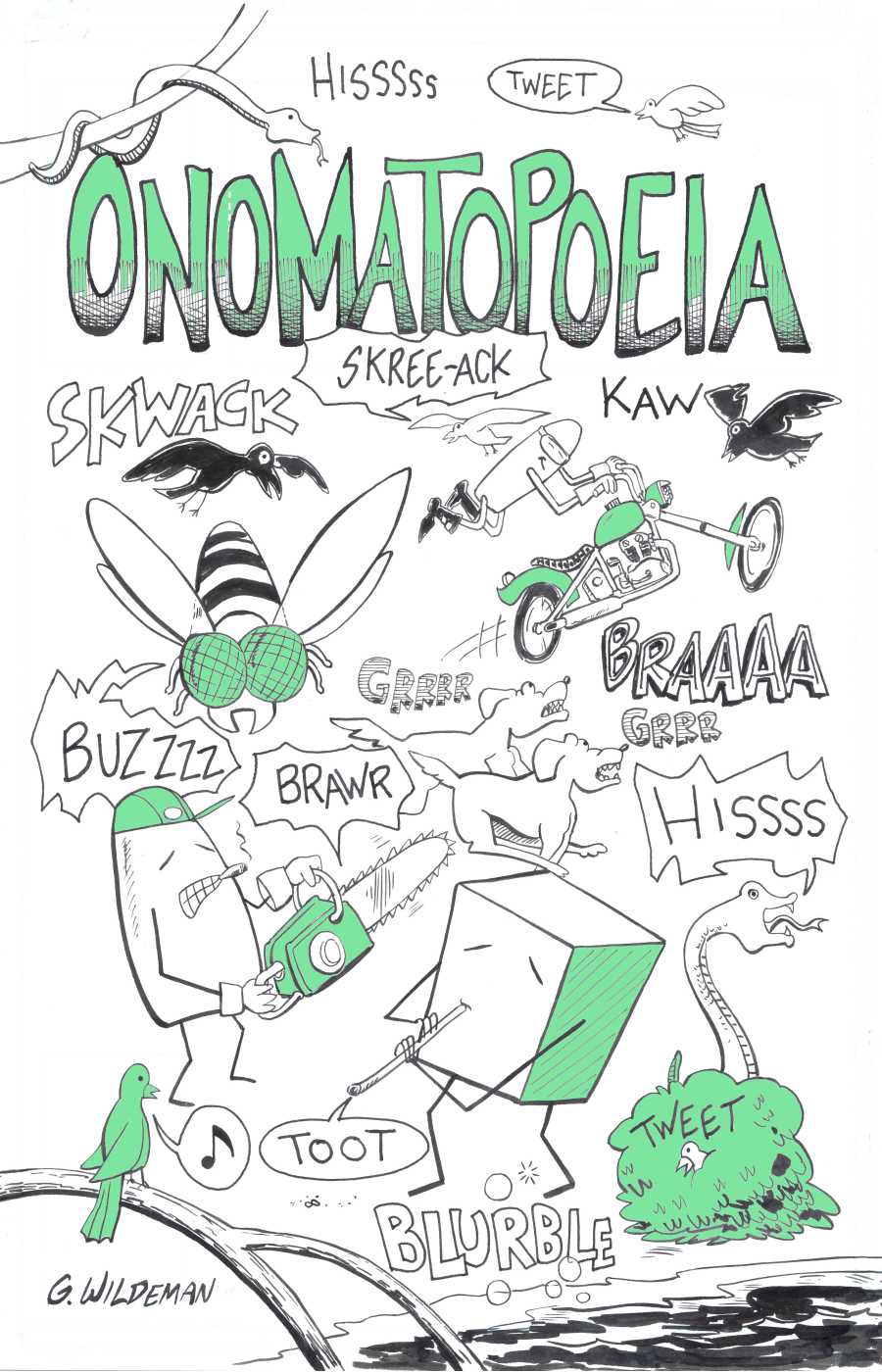 Onomatopoeia is not only presented in performance, but is also used in NOW workshops. Participants with any amount of experience quickly pick up how this graphic score can inspire improvisation as they learn to interpret with delight, courage, and abandon. The creative practices introduced in these workshops allow improvisers to explore the interpretation of imagery in terms of form and connection with abstract sound, not just through playing the score, but also through creating their own score that is then played by the musicians leading the workshops.

Following a demonstration of Gary's Work, including a discussion of onomatopoeic syllables, narrative and the generation of scenic landscapes, and a performance of part of the work, participants create their own three-panel comic strip score. These musical scores/comic strips are then performed for the students by the NOW musicians, celebrating each composer. These workshops have been presented in Squamish, BC at the Howe Sound Secondary School, the Vancouver Art Gallery Family Fuse, in the East Vancouver schools, at the Boston School of music and in the Sonic Playground Festival at the Roundhouse.

The Onomatopoeia release contains the comic book, CD live recording and a digital download with audio and pdf.

Since 2014, the NOW society has been offering workshops to children and youth in Vancouver East Side Elementary Schools, at the New Westminster Secondary school, in Pyatt Hall, at the Roundhouse Community Center and the Vancouver Art Gallery, Family Fuse. NOW Society artistic contributors address the educational need for students to be exposed to musical expression and abstract narrative, encouraging critical thinking, elastic and reactive strategies. Participants learn to create with delight, courage and abandon.