Facilitated and Curated by Ben Brown

Bring your instrument- arrive at 3:45

Presenting the world premiere of a new work by Elizabeth Lima and Ben Brown and over twenty improvisers. $10/20/pwyc

To take place in the NOW Western Front workshop, please register by sending an email to now@nowsociety.org. Registration is limited to 15. Please commit to the entire series and become a NOW member (bronze membership: $5). This can be done online or at the first workshop. You will also receive and sign the NOW Safe Spaces policy at the first workshop.

NOW Workshops are designed for individuals with varied abilities and experiences and offer safe environments for the creation of music - instantaneously and joyfully. Workshop facilitators communicate their ideas about improvisation with musical experiences designed to created new opportunities for collaborative exploration. We help musicians develop improvisational language, introducing a variety of techniques and compositional structures. We encourage the channeling of influences from a number of traditions and cultures while encouraging the development of individual voices.

We gratefully acknowledge that we are making music on traditional and unceded Indigenous lands, uninvited guests, of the the xʷməθkwəy̓əm (Musqueam), Skwxwú7mesh (Squamish) and səlil̓wətaʔɬ/Selilwitulh (Tsleil-Waututh) Nations.

The NOW Society is committed to creating equitable and safe(r) workplaces within the performing arts. We support and adopt the We Have a Voice Collective Code of Conduct. For more information, visit www.wehaveavoice.org. 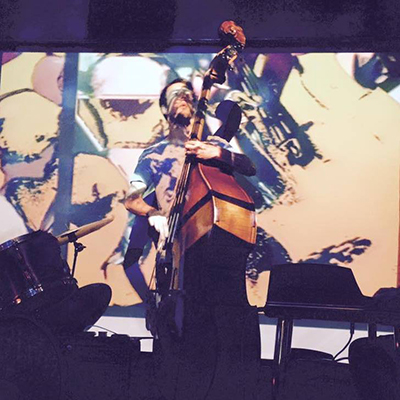 James Meger is an active bassist and composer currently working and residing in Vancouver. He’s received education in music from Capilano College in Vancouver and also from Mcgill University in Montreal, where he received a bachelor’s degree in Jazz performance. Since moving back to Vancouver he has had the opportunity to collaborate with many international players such as Kenny Wollesen, Chris Speed, Kris Davis, Wayne Horvitz, and Ig Henneman among others and has made many appearances at The Vancouver Jazz Festival, Suoni Per Il Popolo Festival, Tone Fest in Toronto and The Vancouver Improvised Music Meeting. He is also active as a sideman and co-leader in various local projects, including: Peggy Lee's Echo Painting, Sick Boss, The Alicia Hansen Band, The Bruno Hubert Trio, The Now Society Ensemble, Lisa Miller’s Hejira’s Brew and Sleep Furiously, The Itamar Erez Ensemble, Josh Zubot’s Strings, Tony Wilson’s Burn Down The Cornfield, Elisa Thorn’s HUE, Cow Trance, The Sumner Brothers and many more. Recently James spent several months in the Netherlands studying with renowned improvisor Wilbert de Joode thanks to an Early Career Development grant from the BC Arts Council. He also co-curates a weekly interdisciplinary performance series at the Gold Saucer Studio in Vancouver called Sawdust Collector. 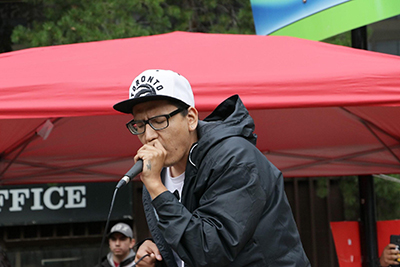 Dakota Bear also known as Dakk'One is a Plains Cree Hiphop artist from Treaty 6 lands (Saskatoon, Saskatchewan). With just a suitcase he moved to Vancouver at the age of 19 to pursue music, since then he's recorded an EP with Rob the Viking and has created video projects with award winning & MMVA nominated film director Matt Leaf. His community involvement with Indigenous youth has landed him in news papers & radio stations across Canada (CBC Radio One, CITR.FM, Saskatoon Star Pheonix, LaPresse & much more) while his musical releases have caught the attention of Noisey, Exclaim!, Hiphop Canada, Discorder Magazine and more. Dakk'One is passionate about his craft and using his platform as a force to drive his message to educate about the plight of Indigenous people while empowering the listeners at the same time. 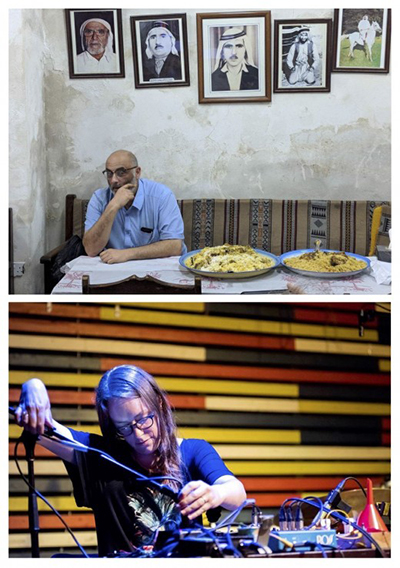 Elizabeth Millar is an experimental musician and clarinetist based in Montreal since 2009. Engaging with sound art, free improvisation, experimental noise music and self-made instruments, her creative practice explores the merging of acoustic and electronic textures with amplification and extended techniques. She has played internationally in Japan, Taiwan, Vietnam, Malaysia, Singapore, Mexico and Australia, and coast-to-coast throughout Canada. She is co-founder of Mystery & Wonder Records, and the amplified trumpet-clarinet duo, Sound of the Mountain.
www.emillar.net www.mwrecs.com https://soundcloud.com/e-millar

Sam Shalabi is an Egyptian- Canadian composer and improviser, living in Montreal,Quebec. Beginning in punk rock in the late 70s, his work has evolved into a fusion of experimental,modern Arabic Music that incorporates traditional Arabic,shaabi,noise,classical,text,free improvisation and jazz. He has released 5 solo albums,5 albums with Shalabi Effect,a free improvisation quartet that bridges western psychedelic music and Arabic Maquam( scales) and 4 albums with Land Of Kush (an experimental 30 member orchestra,for which he composes). He has appeared on over 60 albums and toured Europe, North America and North Africa. Recent projects include albums with Dwarfs Of East Agouza, a Cairo based trio with Alan Bishop and Maurice Louca-Albums, with Karkhana, a group featuring members from all over the middle East-and the debut album by Moose Terrific (an electronic duo with Tamara Filyavich) and collaborations with vocalist Nadah El Shazly and a debut album with Oren Ambarchi ,Mark Fell and Will Guthrie.

Trading Places: Un Échange is a vibrant residency program begun in 2016 that takes place in Montréal and Vancouver two of Canada’s foremost centers of improvised music. The Coastal Jazz and Blues Society, Music on Main, the NOW Society, Suoni Per Il Popolo and the Western Front curate in collaboration, providing  support for artistic practice and opportunities for growth through cultural exchange. 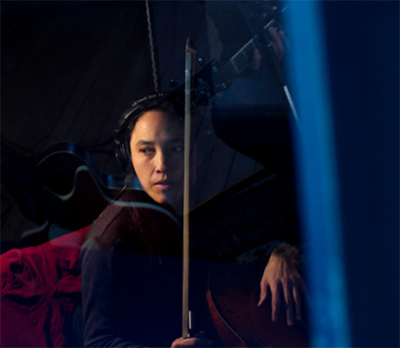 Cellist, improviser, composer Peggy Lee was born and raised in Toronto, Ontario. She studied classical cello, completing a bachelors degree in performance at the University of Toronto as a student of Vladimir Orloff and Denis Brott. She furthered her studies on the cello with lessons with Martha Gerschefski in Atlanta Georgia. In the fall of 1988 Peggy began a year residency with a string quartet at the Banff Centre in Banff, Alberta. It was here that she first became interested in collaborating with artists from different mediums and in veering away from the classical path. This led to a decision to move away from the known and thus to her relocating to Vancouver, B.C. where she now makes her home. 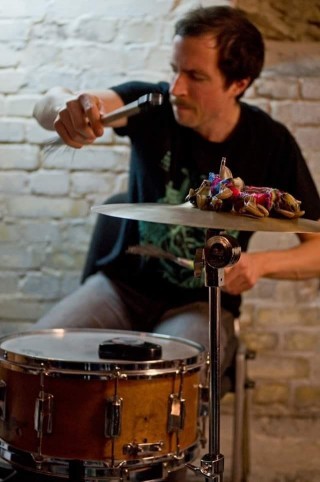 Ben Brown is a member of the following groups : Pugs and Crows, Alicia Hansen, Cast, Malleus Trio, Pinkno Hana and Zen Dogs with my dad, Ian Brown on piano. In April 2013 I received a Juno Award for Best Instrumental Album of the year with the group Pugs and Crows. He regularly collaborates with Dancers and Choreographers and have worked with Katie Duck, Justine A. Chambers, Deanna Peters and is the founder of Music And Movement Mondays (MAMM), an improvisational series between live musicians and dancers based in Vancouver, BC.