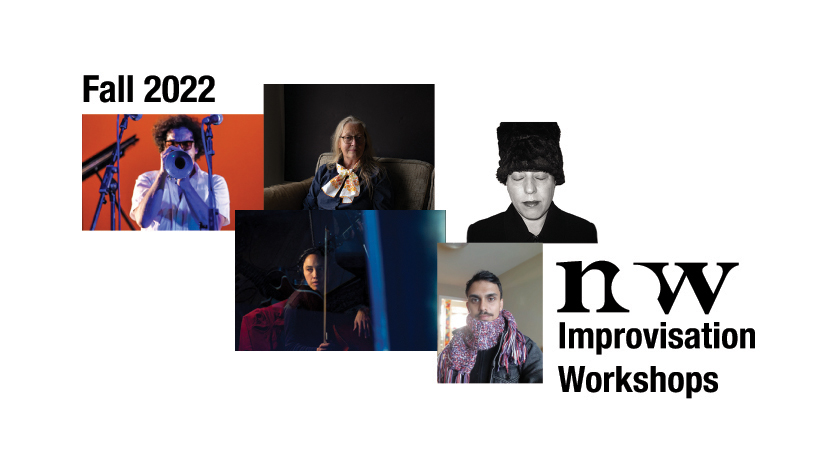 At 8EAST and Online

for up to 15 participants

Since 1978, the New Orchestra Workshop Society (NOW) has presented music improvisation workshops, offering space for exploration and participation. Our workshops are for improvisers of all levels of ability and ranges of experience, regardless of gender, gender identity and expression, sexual orientation, disability, physical appearance, body size, age, race or religion. We protect privacy in our workshops and adopt the We Have Voice Collective Code of Conduct. Read more about NOW workshop policies here.

The NOW Society Fall 2022 workshops will be presented in person at 8EAST and online, led by a different facilitator each week. Find out more about each workshop facilitator below. Please register for the online workshops. 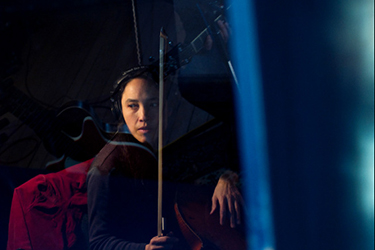 Cellist, improviser, composer Peggy Lee makes her home in Vancouver, BC where she is part of a rich creative music community. In addition to her work with Standing Wave and the Vancouver Opera Orchestra, Peggy leads or co-leads a number of musical projects: The Peggy Lee Band, Film in Music, Waxwing (with Tony Wilson and Jon Bentley), Handmade Blade (with Aram Bajakian and JP Carter), The Sands (with Julie McGeer) and Beautiful Tool (with Mary Margaret Ohara). She has also collaborated extensively in theatre and dance with companies and artists such as the Electric Company, Ruby Slippers, Rumble Theatre, Presentation House, David Hudgins, Kokoro Dance, Peter Bingham, Delia Brett and Ziyian Kwan . In 2013 Peggy was the recipient of the Vancouver Mayor’s Arts Award for music. peggylee.net 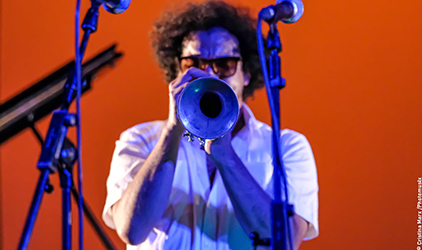 Aquiles Navarro is a New York-based trumpeter, composer and DJ of Panamanian heritage. He is also the CEO & Founder of River Down Records, a label that focuses on documenting and expanding the creative sounds and minds of Panamá. He considers himself an improviser, coalescing his range of influences into a unified sonic vocabulary that can be incorporated across genre and medium. aquilesnavarro.com 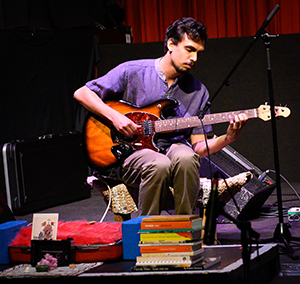 Matthew Ariaratnam is an interdisciplinary sound artist, composer, guitarist, and listener based on the unceded traditional territories of the Coast Salish peoples of the xʷməθkwəy̓əm (Musqueam), Skwxwú7mesh (Squamish), and Səl̓ílwətaɬ (Tsleil-Waututh) First Nations – also known as Vancouver, BC. He creates sensory walks, writes dumbpop and chamber music, and frequently collaborates with choreographers, visual artists, and theatre-makers. www.matthewariaratnam.wordpress.com 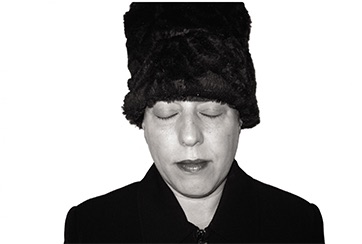 It has been more than 30 years now since self-taught composer, vocalist and saxophonist Joane Hétu has been following her own highly distinctive path through the vast territory of creative, contemporary music. From her beginnings with song-based new-rock bands such as Wondeur Brass, Justine and Les Poules, Hétu turned to composition (the evocative triptych comprising Musique d’hiver, Filature and La femme territoire ou 21 fragments d’humus) and improvisation, more often than not combining both within her general approach to music. She has co-directed the Ensemble SuperMusique since its founding in 1998, as well as the weekly series Mercredimusics since 2002. supermusique.qc.ca/en/artistes 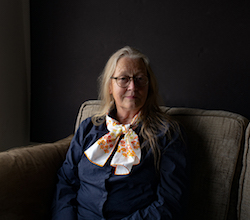 at 8EAST and Online