Neighborhood Stories, a NOW Society informal talk series at 8EAST
From 12 to 1:30 pm, on the second Saturday of the month. FREE
All donations resulting from the talk will be donated to Mama Bear’s Kitchen.
Our Next talk will be on April 2, 2022
Mama Bear’s Kitchen
Makeda Martin, in conversation with Feven Kidane
Feeding the People in the Downtown Eastside since 2020 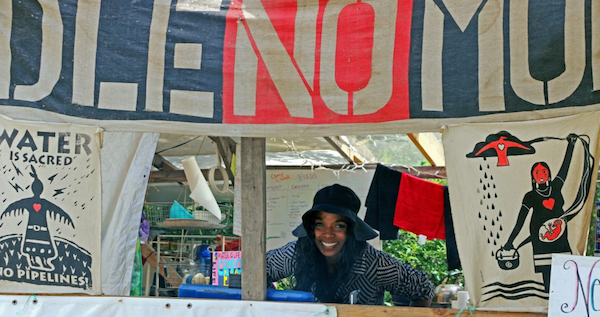 11am - 12pm. Inside 8EAST or on the 8EAST plaza, weather permitting

Makeda Martin is a black indigenous freedom fighter, community leader & feeder and artist. In addition to her many many talents and intersts, she leads, cooks for, supports, organizes and runs Mama Bear’s Kitchen, her community program that feeds folks in Strathcona and DTES since 2020.

Feven Kidane is a first-generation Canadian, residing on the unceded territories of the səl̓ilwətaɁɬ təməxʷ, Skwxwú7mesh-ulh Temíx̱w, S’ólh Téméxw, and xʷməθkʷəy̓əm peoples. She is a musician and a member of local and student-lead grassroot organizations.

Henry Tsang spoke about his experience developing the 360 Riot Walk, an interactive walking tour of the 1907 Anti-Asian Riots. The 360 video traces the history and route of the mob that attacked the Chinese Canadian and Japanese Canadian communities following the demonstration and parade organized by the Asiatic Exclusion League in Vancouver.

The 1907 Anti-Asian Riots in Vancouver is one of the most significant events in this city’s history. 360 Riot Walk leads participants into the social and political environment of the time where many communities were targeted through legislated as well as physical acts of exclusion and violence. The soundtrack is available in four languages of the local residents of the period: English, Cantonese, Japanese and Punjabi. The video can be experienced on location for those who have mobile devices with cellular data, or remotely on a web browser.

Henry Tsang is an artist and occasional curator whose projects explore the spatial politics of history, language, community, food and cultural translation in relationship to place. Questions of community and identity are raised through the tracing of global flows of people, culture and capital. His artworks take the form of gallery exhibitions, pop-up street food offerings, 360 video walking tours, curated dinners, ephemeral and permanent public art, through video, photography, language, interactive media, food and convivial events. Projects include: Tansy Point, a video installation of the site of the 1851 treaty signings by the Chinook peoples and the US government that were never ratified; 360 Riot Walk, a 360 video walking tour of the 1907 Anti-Asian Riots in Vancouver, Canada; RIOT FOOD HERE, a public offering of food reflecting on the 1907 Anti-Asian Riots; Maraya, a collaboration with Glen Lowry and M. Simon Levin that investigates the reappearance of Vancouver’s False Creek in Dubai as the Dubai Marina; video installations Orange County, and Olympus, shot in California, Beijing, Torino and Vancouver, that explore overlapping urban and socio-political spaces; and Welcome to the Land of Light, a public artwork along Vancouver's seawall that underscores the 19th Century trade language Chinook Jargon and the English that replaced it. Henry is an Associate Professor at Emily Carr University of Art & Design in Vancouver, Canada.

January 11, 2020
Red Women Rising: Indigenous Women Survivors in Vancouver's Downtown Eastside
An informal talk with Carol Muree Martin (Nisga'a – Gitanyow)
This talk was documented by Full Figure Media for future release.
Release forms for documentation will be available, as will options for seating in areas that will not be filmed.
Saturday December 14, 2019
3 Generations in Chinatown, And Beyond
An informal talk with Steven Wong
8EAST