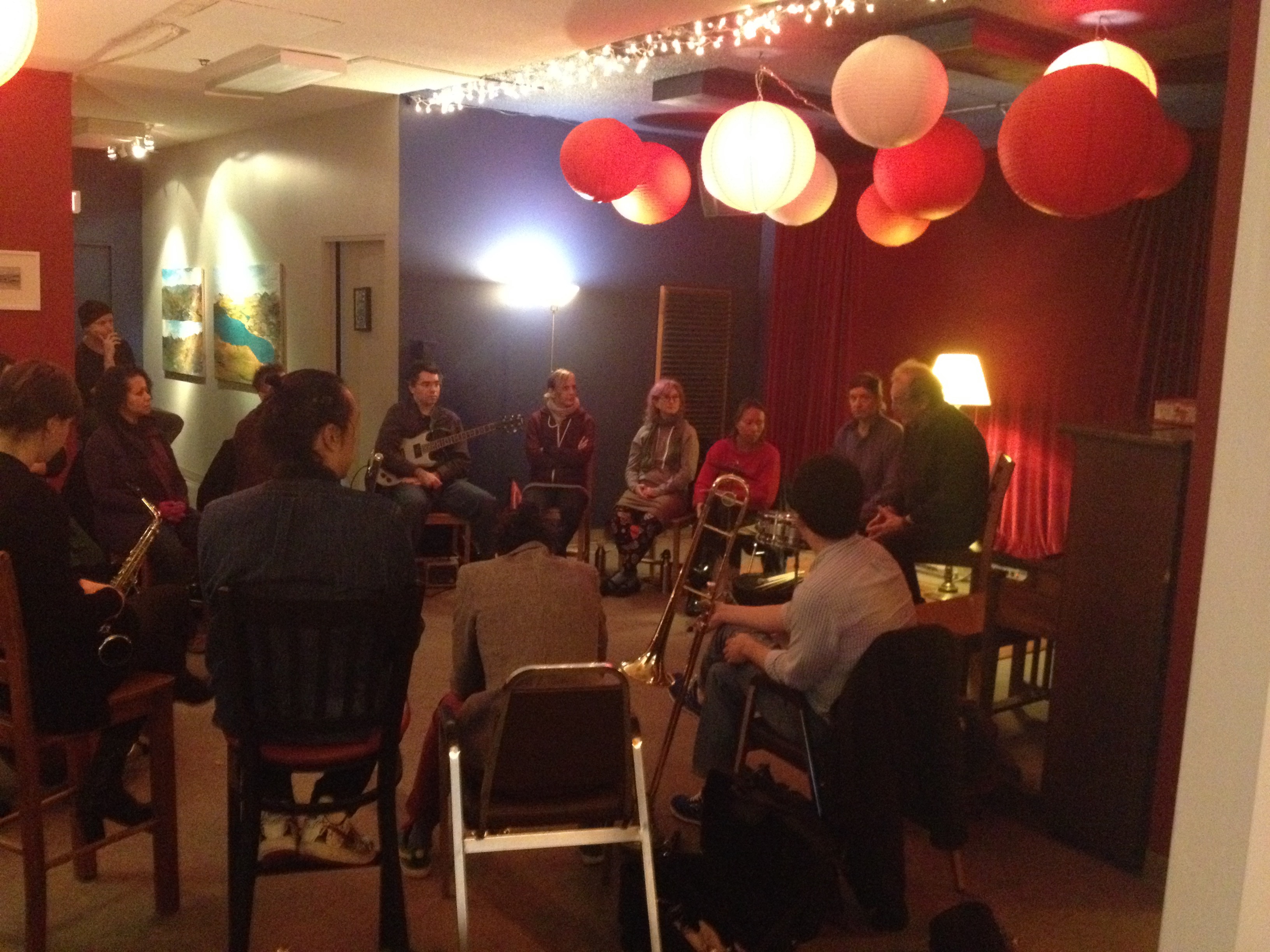 The NOW Society is dedicated to sharing improvised music with their community through the presentation of free improvisation workshops (since 1978) for adults, musicians and youth.

As part of the Shadowgraph 5 project, NOW will present a three-week improvisation workshop series at Merge Vancouver on April 1, 8 and 15 from 2-4 pm, preparing participants to take part in the performance on April 29. The free workshops will be open to musicians of all levels of ability.

Originally recorded by Muhal Richard Abrams with Anthony Davis, Douglas Ewart, Leroy Jenkins, George Lewis, Roscoe Mitchell and Abdul Wadud in 1978, Shadowgraph 5 was composed in 1977, the same year of the NOW Society’s beginnings. American composer George Lewis and his composition have a long standing history with NOW, the work was recorded in 1999 by the George Lewis & The Now Orchestra and released as George Lewis and the NOW Orchestra: The Shadowgraph Series by spool records.

The NOW Society is pleased to begin to celebrate their 40th year by presenting performance of Dr. George E. Lewis’ composition Shadowgraph 5. The Shadowgraph 5 workshop participants will take part in the concert, and will be conducted by NOW Society Artistic Director, Lisa Cay Miller. The piece will be presented in marathon form, a continuous four-hour stream of music performed by eleven ensembles with connections to the NOW Society’s past and present including Talking Pictures, the Bruce Freedman Quartet, Merge Ensemble, Unity, the Nikki Carter Trio, the NOW ensemble, MuseArt, Sandbox, Paul Plimley trio and the Sawdust Collectors ensemble and the NOW improv workshop group.

To register for the workshops please email jyounger@hotmail.com (registration is limited to 15 participants). Merge is located at the NE corner of Clark Drive and Powell Street.