NOW ensembles with guests from NYC, Toronto and Amsterdam

in Vancouver and Roberts Creek 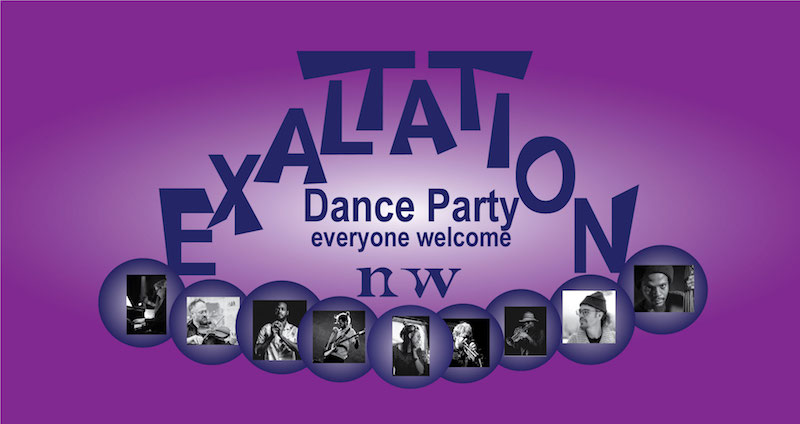 In Vancouver at 8EAST 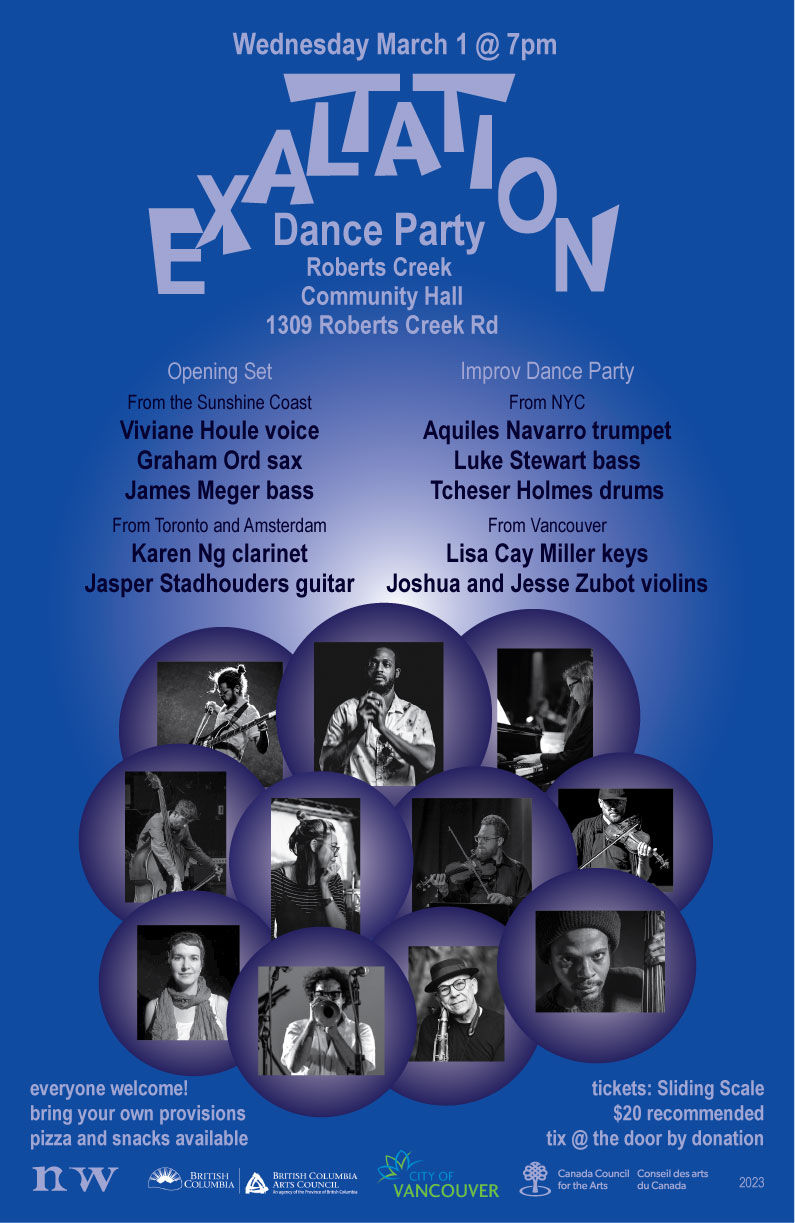 These events will feature an open floor concept with seating around the perimeter. This event may include lighting and some lighting changes that may cause pain or discomfort for people who are sensitive to light or be distracting to people with ADHD, Autism, or other cognitive disorders.

Aquiles Navarro is a New York-based trumpeter, composer and DJ of Panamanian heritage. He is also the CEO & Founder of River Down Records, a label that focuses on documenting and expanding the creative sounds and minds of Panamá. Aquiles derives his sounds from folkloric music, salsa, reggae and everything that were around. This eclectic music background, based on his upbringing in Panama has led him to collaborate with folkloric musicians, dancers, visual artists, actors, poets and really the world around him. Navarro is a part of the liberation-oriented free jazz collective, Irreversible Entanglements. After their highly acclaimed self-titled debut album on International Anthem, Who Sent You? was released on March 20th 2020, creating a wave amongst the music world giving a voice to the times we are living in. Navarro also has a duo project with Brooklyn-based drummer Tcheser Holmes. The duo, entitled Heritage of the Invisible, merges each members music and life background through in real time improvisations. https://www.aquilesnavarro.com/home-1

Luke Stewart is a DC/NYC-based musician and organizer of important musical presentations, and has a strong presence in the national and international Improvised Music community. He is noted in Downbeat Magazine in 2020 as one of “25 most influential jazz artists” of his generation. He was profiled in the Washington Post in early 2017 as “holding down the jazz scene,” selected as “Best Musical Omnivore” in the Washington City Paper’s 2017 “Best of DC,” chosen as “Jazz Artist of the Year” for 2017 in the District Now, and in the 2014 People Issue of the Washington City Paper as a “Jazz Revolutionary,” citing his multi-faceted cultural activities throughout DC. In New York City, Luke collaborated with Arts for Art in hosting the first ever “Free Jazz Convention” to share resources and strategies among the community. He has also performed in a myriad of collaborations and performances in venues such as the Kitchen, the Metropolitan Museum of Art, Pioneer Works, Roulette, and Issue Project Room. Luke is also a presence in the greater community of Creative Musicians, with regular multi-city ensembles including. His regular ensembles include Irreversible Entanglements, Heroes are Gang Leaders, and Ancestral Duo, Six Six featuring guitarist Anthony Pirog, and experimental rock duo Blacks’ Myths.  https://thelukestewart.com

An adventurous, New York-based drummer, Tcheser Holmes combines the influence of his Afro-Caribbean roots, avant-garde jazz, and electronic production. Known for his work as a member of the ensemble Irreversible Entanglements, he paired with longtime creative associate trumpeter Aquiles Navarro for 2020's Heritage of the Invisible II. At the New England Conservatory in Boston, Holmes befriended trumpeter Aquiles Navarro. Bonding over their shared Panamanian backgrounds, the pair embarked on fruitful partnership, touring Panama and developing their expansive, genre-bending mix of free jazz, Latin traditions, and electronic music. They both eventually joined poet/singer Camae Ayewa's avant-garde group Irreversible Entanglements, appearing on the band's 2017 eponymous debut and 2020 follow-up, Who Sent You? That same year, Holmes and Navarro also released their debut album as a duo, the genre-bending Heritage of the Invisible II. https://tcheserholmes.bandcamp.com/

Jasper Stadhouders is the unrepentant guitarist/bassist of Amsterdam’s wildly improvisational and wonderfully confrontational Cactus Truck. He plays guitar, bass and mandolin in bands such as PolyBand, Blood Cloud, Spinifex, Made to Break, Shelter, Balconies, Bazooka, Bacchanalia, Practical Music, CP Unit, Christian Marien Quartett & so many more. He's described as an improviser, composer, band leader and concert organizer. Jasper is also a part of Amsterdam based musician's collective Stichting Doek. He can be heard on over 30 releases on labels such as Trost, Not Two, TryTone and Audiographic. Listen to Jasper's latest tracks on Soundcloud.